For the Son of Man came to seek and to save what was lost.

Jesus is the Son of God but when God sent Him to earth to save the human race and bring us back into fellowship with God Jesus also had to become fully man. To be born as an infant Jesus needed an earthy father—a caretaker. 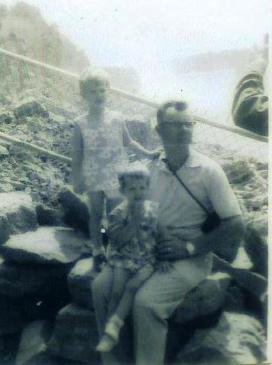 Think of the emotions Joseph must have experienced as the news of Mary’s pregnancy reached him. I imagine there was shock and confusion as he wondered and wrestled with the news. Part of him probably wondered if he was wrong about Mary. Perhaps she wasn’t the girl he though he knew. Then the angel came and confirmed she was even more special than Joseph thought. She was to be the mother of the Son of God, and God wanted Joseph to be the child’s earthly father. Jesus would be his son too, and Joseph was given the honor of naming Him.

I sometimes think Joseph is pushed aside in the story of Christ’s birth. We focus so much on His mother Mary but without Joseph the story could have been much different. Because Joseph was a descendant of David they had to travel to Bethlehem where Jesus was born according to the prophecies. If Joseph had been unwilling to serve God as Jesus’ father it sure would have complicated things! But God knew Joseph’s heart and knew he was the right man for the job. It might not have always felt to Joseph that he was but he was obedient to follow God’s plan for his life and his family.

God knows your heart too and has a task that is specially suited just for you. Just as Joseph couldn’t have fully comprehended being the earthly father to God’s Son and most likely felt inadequate for the job you may not feel adequate for your task(s). Thankfully just as God was with Joseph, guiding him to ways to keep his family safe and finding the right place to raise his Son God will guide each of us—you too!

Our place in God’s plan may not be noteworthy by earthly standards but each is an important part of God’s plan, just as Joseph was.