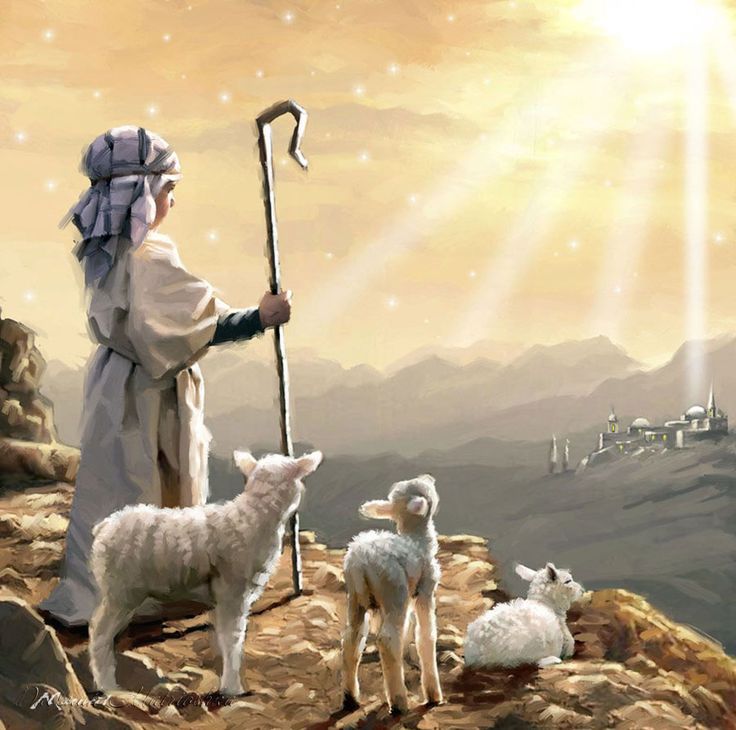 Most of us are familiar with Psalm 23—”The Lord is my shepherd, I shall not want..” We see pictures depicting Jesus in a clean whet robe with pure white sheep in His arms and around Him. While this is part of the shepherd’s role—loving, comforting, even protecting his sheep. But the life of a shepherd isn’t always glamorous. At times the shepherd has to force the sheep to go where they will be safe, even if they want to go somewhere else. The shepherd puts his life on the line for the sheep when robbers or wild animals want to harm them.

Sometimes the shepherd actually has to break the legs of a disobedient sheep to keep them safe and actually protect them from themselves. After they are broken the shepherd puts the lamb around his neck, carrying it on his shoulders everywhere they go. As the lamb heals it hears the shepherd’s voice and grows to know the shepherd intimately. After the lamb’s leg is healed it will stay close to the shepherd without being forced to be there.

It seems fitting that Jesus’ birth was first announced to shepherds as this is one of the roles He plays in our lives. The shepherds were living out in the fields with their sheep. They didn’t leave them to fend for themselves while they went to an Inn where they could warm themselves and get a hot meal. The shepherds stayed with the sheep, even going after them when they went astray.

The shepherds were also not important in society. In fact they were considered some of the lowest people because they were often dirty and smelly and not always well educated  by the world’s standards.

These shepherds probably understood something many of us struggle with. They also learned to grow close to God as they faced life and death decisions. They may have considered the words of David as they dwelt among their sheep, walking through valleys and finding clean, still water from which to drink. They welcomed a chance to rest, and I imagine when they looked up at the sky they were often reminded of the greatness of God.

Imagine being one of the shepherds gazing at the sky that night outside of Bethlehem, contemplating, when suddenly the sky was filled with angels proclaiming the birth of Jesus. The shepherds didn’t wait long but went to town to find this baby. And when they saw Jesus and worshipped Him they went out and told others. I don’t think they stopped to think about their position in life or what people would think of them shouting the news. They had seen the Savior of the world—the Good Shepherd and wanted everyone to know.

Are you proclaiming the great news of the Good Shepherd this Christmas? You don’t have to run through the streets of town, but be sure you are telling those around you of the precious gift of Jesus this season, just as the shepherds did so long ago.