Have you ever really messed up? I mean a colossal fail that there seems to be no way to recover from?

So much had happened in a few short hours.

He was eating the Passover feast with Jesus and the other disciples when Jesus started talking about  someone betraying Him. His exact words were, “But the hand of him who is going to betray me is with mine on the table…woe to that man who betrays him.” Luke 22: 21-22 NIV

Immediately they started discussing amongst themselves who it could be and before long they were arguing about who was the greatest among them. It was a silly debate but they had all been together a long time and Jesus was talking about leaving them. There was tension in the room and they all just got into it. They didn’t mean anything by it but it made the tension thicker.

Jesus stepped in and tried to tone down the argument and then He turned to Peter. “Simon, Simon,” Jesus said, “Satan has asked to sift you as wheat. But I have prayed for you, Simon, that your faith may not fail. And when you have turned back, strengthen your brothers.” Luke 22:31-32 NIV. Peter was confused. Why would his faith fail? He was one of the disciples closest to Jesus. He wouldn’t fail Him. Before Peter had a chance to ask any questions they were leaving.

They went out to the Garden of Gethsemane where Jesus prayed. Peter had seen Jesus pray a lot of times but never with this intensity. Jesus seemed troubled. He had asked them to pray with Him but they all fell asleep. When Jesus woke them he told them, “Get up and pray so that you will not fall into temptation.” Luke 22: 46b NIV.  Peter was confused again. How could they fall into temptation when Jesus was there with them?

There was no time for questions. A crowd approached, led by Judas. As Judas kissed Him Jesus was immediately seized and led away to the house of the high priest. Peter followed, at first keeping his distance but then made his way into the courtyard where there was a fire going. It was still very early in the morning and a chill was in the air.

All around him conversation centered on Jesus, who He was and what might happen to Him. Although Jesus was further away they could see Him standing there, bound, waiting for the priest. Fear began to overtake Peter and he hoped he wasn’t recognized. They might arrest him too for no reason. After all, Jesus hadn’t done anything wrong. Suddenly Peter heard a voice – “hey, you” said a young woman, “you were with that Jesus!” Peter denied it and tried to casually walk away when others recognized him too. “You were with Him – you’re a Galilean.” and “You are one of His followers”. He denied each comment – even saying he didn’t know Jesus. 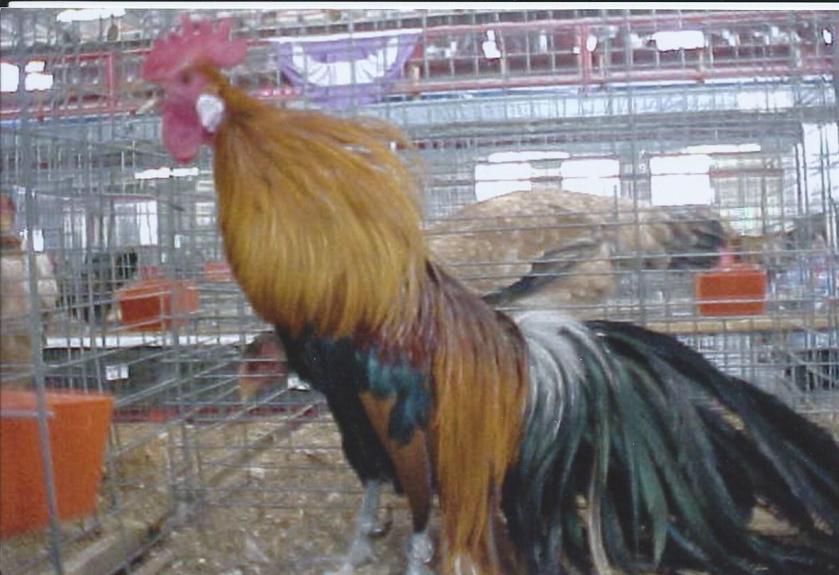 As he objected that third time a rooster crowed and Peter came to his senses. What had he just said? He denied His best friend and Savior. He looked up just in time to see Jesus turn and look straight at Him. That look pierced Peter to the core and he turned and ran out of that courtyard. He didn’t know where he would go, for it was impossible to run from himself.

Now he understood. Jesus had told Peter he would be sifted – tested by Satan. But Jesus had also said He had prayed for Peter that his faith would not fail. And it had. How could something Jesus prayed for not come true? Peter was despondent.

He wasn’t able to speak with Jesus again for as the day progressed Jesus was tried, accused and crucified. The Sabbath wasn’t very restful for Peter. He couldn’t get past what he had done and it appeared he would not be able to ask forgiveness either. After a long, troubling day Peter finally fell into a fitful sleep. He kept seeing the guards and hearing that rooster crow.

Peter awoke to the shouts of the women – He’s gone! Jesus body is gone! An angel says He’s alive!

Peter was the first one out the door and headed towards the tomb. John beat him there but Peter saw for himself the cloths Jesus had been wrapped in laying haphazardly on the slab where the body laid. But the cloth used for Jesus’ head was folded neatly and placed in a separate place – like it was intentional. It didn’t make sense. Could Jesus be alive? Is that what He had been trying to tell them all this time? And if He was alive, what did it mean for Peter. Could things ever be the same?

They gathered in an upper room, all but Thomas, trying to sort out what they had seen and what the women had been told. The doors were locked – they were all still afraid – when suddenly Jesus was there with them. He greeted them with “Peace be with you”, showed them His hands and feet that still had the nail marks in them. Jesus was alive! Then as quickly as He appeared, Jesus was gone again. Peter was overjoyed, but still uncertain about how Jesus would feel towards him.

It took a week before Peter had the chance to find out. They had been fishing when Jesus appeared on the shore. They knew it was Him because they hadn’t caught anything all night and were ready to come ashore when He told them to put the net out again. When they did it was immediately filled with so many fish they could hardly pull it in! Peter jumped out of the boat and got to shore before the others. Oh to be with Jesus again! To talk with Him and ask forgiveness for what he had done. Peter couldn’t wait.

After they ate Peter finally had his chance. Jesus took him aside and they talked. Jesus asked Peter three times if he loved Jesus more than all the others. This gave Peter three chances to take back what he had said. He was forgiven. Jesus charged Peter with caring for the people – Jesus’ lambs and in the years to come Peter didn’t let Him down. After all that had happened Jesus used Peter in mighty and powerful ways. People were healed, demons were driven out, and many came to believe in Jesus as their Savior all through the power of the Holy Spirit through Peter.

Peter was just an ordinary man, like you and me in many ways. He learned that while he let Jesus down he did not ultimately fail Him. He made a big mistake, but through repentance Peter was restored and used to further the kingdom of God.

If you feel you’ve let God down and failed in a way that can’t be repaired remember Peter’s story. The same can be true for you if you repent, turn back to the Lord, and promise to feed His lambs.

blessings and peace to you,
Paula